Christophe Galtier appointed as the new coach of Paris Saint-Germain! 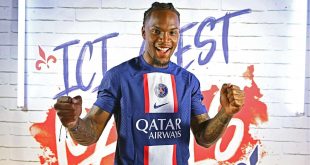 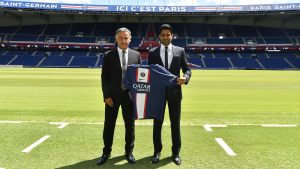 Paris Saint-Germain have announce that Christophe Galtier has been appointed as first team head coach. The Frenchman has signed a contract for two seasons until June 30, 2024.

The 55-year-old former defender has become one of the most recognised and experienced coaches in French football.

Galtier led Saint-Étienne to their first trophy in 32 years – the 2013 Coupe de la Ligue – as well as the club’s comeback onto the European scene. The former France U-19 international – U-19 European champion as a player in 1988 – then moved north to manage Lille.

In Northern France Christophe Galtier worked hand in hand with the football structure put in the place by Luis Campos, with Lille finishing Ligue 1 runners-up in 2019 and fourth in 2020 before hitting the big time becoming champions of France in 2021.

Known for his tactical expertise and player management, Christophe Galtier has also won prestigious individual awards such as the best Ligue 1 manager award at the Trophées UNFP on three occasions (2013, 2019, 2021).

Christophe Galtier said, “I am delighted to join Paris Saint-Germain, I would like to thank the chairman Nasser Al-Khelaïfi, Luis Campos and the club for their confidence in me. I am fully aware of the responsibilities involved to coach this extraordinary team, which is one of the most competitive and spectacular squads in Europe. I am delighted to work with all of these talented players as well as the top-level staff here at the club. We acknowledge everything that Paris Saint-Germain represents in French and international football. My focus is on ambition, hard work and making the most of the team’s potential. I am delighted to become head coach of this team and to be on the bench at the magnificent Parc des Princes, a stadium that embodies a passion for football.”

Nasser Al-Khelaïfi, Chairman & CEO of Paris Saint-Germain said, “We are delighted to welcome Christophe to the Paris Saint-Germain family. Christophe’s track record is outstanding, and he has enjoyed success at every club he has managed. His many achievements are founded on an exceptional character that gets the best out of his players and his teams – based on a collective spirit. We are proud to have a French coach and look forward to the next chapter of the Club’s growth with Christophe.“ 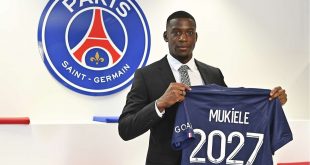