Press Release 2021-09-24 Europe, Worldwide Comments Off on Council of Europe discuss multitude of topics at Home of FIFA meeting! 152 Views 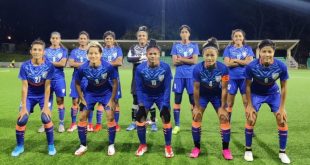 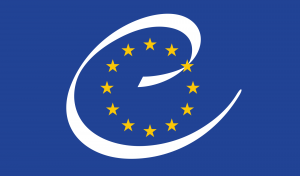 A senior FIFA delegation has met with a 14-member group from the Council of Europe (CoE) at the Home of FIFA in Zurich today. The meeting provided the opportunity to exchange views on the collaboration between the two organisations under the Memorandum of Understanding (MoU) that was signed by both in October 2018. Moreover, football was at centre stage both during discussions related to the future of the game, and on the pitch.

“Football can bring million and millions of people together, and FIFA is committed to use the power of football to achieve that,” FIFA President Gianni Infantino said in an opening video address from New York, USA. “The new FIFA has entered into an era of global alliances, not only with the Council of Europe, but with the UN, and regional organisations around the world. We want to be a good partner, to help promote positive social values, and support positive social change, together with you.”

“It is important for the Council of Europe as such and we have already a MoU, and now we are also trying to identify concrete projects within a new action plan that will define what we will do in the coming four years,” said Bjørn Berge, Council of Europe Deputy Secretary General, after the meeting. “For us, we focus on the human rights aspects related to sports and we had two very important conventions; one related to combatting match-fixing in sport, and another one also related to ensure safety for spectators at sport events. In addition to that, we have more general co-operation, which involves combatting discrimination, racism, and focuses on children, and there too, we also have a very important convention relating to combatting sexual exploitation of children.”

Mr Berge was accompanied by the Special Representative of the Secretary General on Migration and Refugees and representatives from 11 countries (Azerbaijan, Estonia, Finland, Hungary, Italy, Malta, Portugal, Romania, Slovenia, and the United Kingdom, as well as a Swiss representative from the Council of Europe Parliamentary Assembly) in the visit to the Home of FIFA.

Prior to a first online summit to be held by FIFA with its 211 member associations on 30 September to establish a constructive and open debate on the consultation around the International Match Calendar for women and men (set to expire at the end of 2023 and 2024 respectively), the CoE delegation heard from FIFA Chief of Global Football Development Arsène Wenger, before participating in an hour-long Q&A session with him.

“We had a meeting with Arsène Wenger, and he referred to his new proposals in relation to the World Cup, and it was interesting to get a more detailed presentation on this,” Mr Berge added. “The Council of Europe has no point of view when it comes to how to organise the World Cup, or how often, but I see that Mr Wenger still has many strong innovative ideas as he did when he first became Arsenal manager in 1996.”

After the discussions concluded, the CoE delegation displayed their football skills in a friendly match between “Strasbourg Old Boys” and FIFA.

With three wins under their belt, the Indian Women’s Team will now take on Swedish …