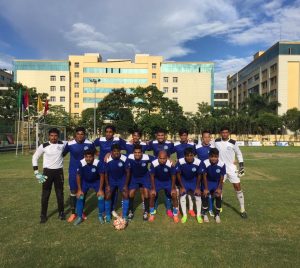 The Debanjan Sen Foundation organised 2016 Keventer Cup school football tournament, which will be held over the next three weeks, kicked-off in Kolkata at the Heritage School on Sunday afternoon with an FPAI XI taking on the East Bengal Under-19s.

The Debanjan Sen Foundation founded in the name of the late Debanjan Sen, who died at a very young age in a road accident in Kolkata and he was someone who was football crazy and was working for the Football Players Association of India (FPAI) at the time.

The Debanjan Sen Foundation had revived a few years back the traditional Keventer Cup for school football teams, which this year would be played with 40 school teams participating.