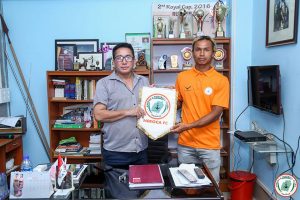 I-League side NEROCA FC have announced the return of experienced deender Naorem James Singh on a two year deal ahead of the 2020/21 season.

As XtraTime reports, the three new Mohammedan Sporting foreigners arrived in Kolkata yesterday and while …