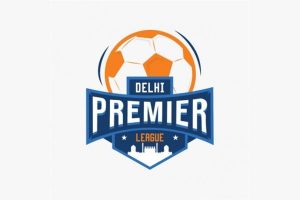 The first-ever Delhi Premier League organised by Football Delhi will commence at the Ambedkar Stadium on Friday, July 15.

All the matches in the Delhi Premier League are set to be held at two venues – Ambedkar Stadium and Jawaharlal Nehru Stadium.

For the first time ever Football Delhi opened a direct entry route for a new club to be part of a top tier league. Thus, through a bidding process, Vatika FC has joined the Delhi Premier League.

Football Delhi president Shaji Prabhakaran said, “Football Delhi in its endeavour to improve the competitive structure of football in Delhi is launching the (Delhi) Premier League and we increasing the number of matches for each team from 10 to 20 in the top tier league is testimony to our resolve to provide better competitive environment for players in our system.”

“Clubs participating in the Delhi Premier League will be playing a vital role in taking Delhi’s football forward and more of our clubs from Delhi will be seen competing at the top leagues of India in the coming seasons,” he added.

The opening match of the league will be played at the Ambedkar Stadium at 4:15pm between Hindustan FC, runners-ups of the Football Delhi Senior Division 2021-22 and Vatika FC, the newly entered club in the league.