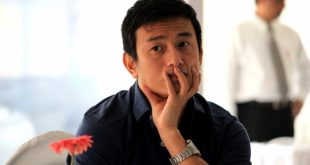 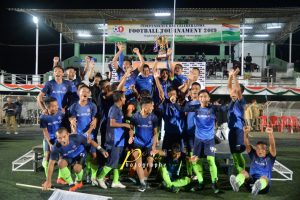 The NEXA Independence Day Football Tournament 2019 was concluded on the evening of August 15 as Electric Veng FC came out on top of an exhilarating final beating FC Venghnuai 2-1 to lift the coveted I-Day Trophy for the first time.

A rapid first half at the AR Lammual resulted in a thrilling end-to-end action with Venghnuai proving to be the more effective side early on, capitulated by Vanlalthanga when his fierce drive was saved by Electric Veng FC goalkeeper Lalmuansanga.

FC Venghnuai, who upset Aizawl FC in the semi final deservedly took the lead in the second half when David Lalchhuanawma inadvertently headed in a corner by Vanlalthanga inside his own net on the 78th minute, much to the jubilation of the Venghnuai fans.

But their joy was short lived when a freekick delivered by star man Jacob Lalrawngbawla was finished off by youngster Ramhlunchhunga on the 82nd minute. Chhunga then added the winner just a mere 180 seconds later when he struck another delivery from Jacob.

A late surge from Venghnuai proved too late as fulltime soon ensued and resulted in a first silverware of the season for Electric Veng FC.

Credit to Venghnuai FC as their clever use of the ball and superior fitness put them on top for much of the game, but ultimately it was the experience of Electric Veng FC and their indomitable spirit that lead to their eventual triumph.

Great crowd from both sets of fans set alight a thoroughly enjoyable match of football. 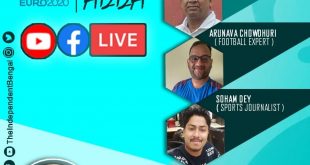