2014 FIFA World Cup winners Germany go into Thursday’s second UEFA Euro 2016 semifinal against France with injury problems with striker Mario Gomez out of the tournament, while Sami Khedira is to at least set to miss the semifinals while captain Bastian Schweinsteiger could miss Thursday’s match and defender Mats Hummels will miss the game due to a yellow card suspension.

But Germany head coach Joachim Löw isn’t too worried though knowing it will be another tough encounter. “The match against Italy he left a physical mark on the squad. Mario Gomez will be out for the rest of the tournament, he won’t be available to us for our remaining matches. Sami Khedira will definitely miss Thursday’s semifinal, while Bastian Schweinsteiger picked up a mild knee ligament strain. We will do everything to try and get him fit in time to play. We will have to wait and see how it goes in the next couple of days,” Löw said today at a press conference.

Speaking about Mario Gomez, Löw said, “He will remain here with us to be treated. He told me yesterday that he wants to stay. He is a part of this team and was playing really well for us up until his injury. We will miss his presence. He just needs one chance to score; he’s a striker who is always dangerous when he receives that final pass in the box. We will also miss his quality in the air.”

Speaking on captain Bastian Schweinsteiger, Löw said, “He made a brilliant return against Italy and kept up with the pace of the game until the very end. He impressed me, but I can’t play people if they have a knock and are not 100 percent. I obviously hope that he will be fit because he offers a lot to the team. I hope our captain plays.”

Germany will miss some of their key problems, but before the tournament head coach Joachim Löw had said that he has 23 players in the squad, who could all be needed over the duration of the tournament. That moment might have come as he will have to make changes in defence, the midfield and in attack if Schweinsteiger joins Gomez, Khedira and Hummels on the sidelines which would give chances to Emre Can and Julian Weigl to make their UEFA Euro debut. 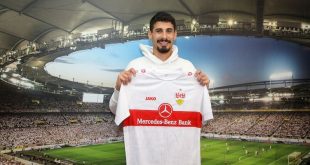