FC Goa fan study, the first-ever in Indian football history, is a game-changer! 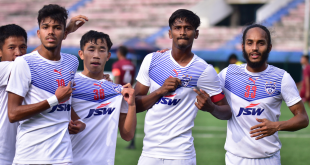 FC Goa, the first club to represent India at the group stages of the AFC Champions League have been known to be game-changers on the field. Now they are doing the same off it as well. In the first partnership of its kind in Indian football, the Gaurs have brought on board YouGov to help give the Club a better sense of who their fans are and what moves them.

Data has been the backbone of the consistent success the club has enjoyed on the pitch over the years. Thousands of hours of data from matches and training is accumulated to be used for scouting, game plans and injury prevention amongst various others by the club.

Now that approach is being taken to yield success off the pitch. Summoned in September 2021, the survey saw YouGov conduct an omnibus survey across 14 cities. This includes 4 major cities, 6 tier 2 cities (including places in Goa) and 4 tier 3 cities.

The study further brought to light that FC Goa fans really do care about the performance of their side are 230.8% more likely to have a bad mood when their favourite team loses when compared to the average football fans in the country.

Speaking on the study, FC Goa President Akshay Tandon said, “Fans are the most important part of a football club, and the right engagement with them is pivotal to us.”

“According to the study, there are 160 million Indian football fans in the country and 33 million of them identifying as FC Goa fans.”

“This shows us that there is a huge market for Indian football and provides us with an opportunity to engage with all of our fans and to ensure that we continue to find new and different ways to generate revenue and drive value for the club and our fans.”

Joseph Eapen, YouGov Sport’s Senior Vice President said, “Firstly, I would like to commend the vision of the Club. We were delighted to partner FC Goa as they took a giant leap towards getting to know their fans better as they strive to look beyond club revenue based purely on sponsorship and broadcast.”

“They truly understand that their fans are their greatest asset. And have followed up on that with this endeavour. This initiative, I believe has helped them get a real insight into their fan demographic. The study was crucial in being able to understand that FC Goa fans are not only restricted to the boundaries of the state and are indeed a national phenomenon.”

“The study shows that FC Goa fans could be thought of as the apex segment in terms of football fans. We are impressed with the findings and will look forward to aiding them further in their quest to know more.”