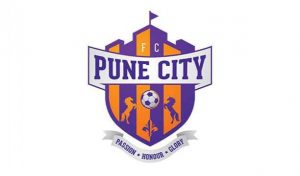 The 32 year old Pitu, who was born in the Salt municipality in Gironès in the state of Catalonia in Spain, comes to FC Pune City with a lot of Spanish lower league experience.

Pitu is a La Masia youth product of FC Barcelona and after coming through their youth ranks, be played for the FCB ‘C’ and ‘B’ teams besides only one game for the first team in 2006 before moving on to neighbours Girona FC.

After a year there he moved to the Canary Islands in 2007 to sign for division two club UD Las Palmas, but after limited success there he returned to Catalonia to play for lower division sides in Gavá, CF Badalona, Centre d’Esports l’Hospitalet and then UE Llagostera.

Pitu was with UE Llagostera since 2012 and played 110 league matches for them, scoring 18 goals and now he makes his first international move to India to join fellow Spaniard in coach Antonio Habas at FC Pune City.