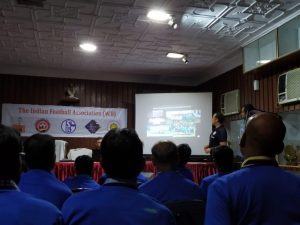 Coaches from German Bundesliga side FC Schalke 04’s Academy known as the ‘Knappenschmiede’ visited Kolkata and the German Football Academy from November 10 to 14, 2019.

For Schalke 04 the visit to India by coaches Kai Brock and Tom Albrecht is the first for the Revier region based club. 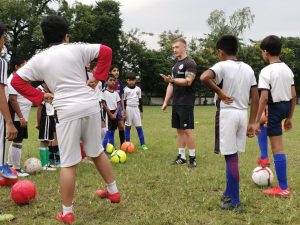 After spending four days in Chennai with the School of Sports, the coaches flew across to Kolkata to join the German Football Academy, who had organised an action filled schedule for the Schalke 04 coaches.

Besides coaching the GFA kids across their city centres, the coaches worked with grassroot and youth coaches of the Indian Football Association (West Bengal) besides doing a special session for the Bengal Under-15 boys squad. 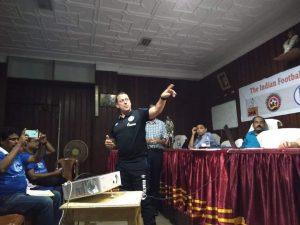 For the German Football Academy bringing the Schalke 04 coaches to Kolkata was the second project in which they worked with a Bundesliga club on ground in India after hosting their first-ever school football tournament for boys and girls in Kolkata along with VfL Wolfsburg in August 2019.

And then earlier in May 2019, boys from the German Football Academy had flown to Germany to train with the BVB Football School of Borussia Dortmund.