iSportconnect has announced that Colin Smith of FIFA, Mike Farnan of Macron, Iqbal Gandham of eToro, Anna Chanduvi of Facebook, and Benjamin Steen of FC Bayern Munich are the latest to join the speaker lineup at the second event of this year’s Global Event Series, the 2019 Paris Summit, which will be held on Thursday, July 4 at PwC.

Colin has been part of the FIFA senior management team since 2015, with responsibility for delivering the wide range of tournaments and events across the globe. Prior to joining FIFA, Colin held senior positions at PGA European Tour, UEFA, and Pro League Committee. Colin was also a Country Manager at Rothmans, based across Africa, in the early part of his career. Now leading FIFA’s Competitions and Events team, Colin was responsible for the recent 2018 World Cup in Russia, and has been appointed Managing Director of FIFA’s joint venture with Qatar 2022.

Mike is Redstrike Groups founder and CEO. Mike has over 20 years’ experience in sports marketing, principally as MD of Manchester United International and Macron’s New Business Development Manager for 14 years. Mike helped build the Macron brand into the number three technical sportswear brand in Europe, negotiating the first major sponsorship for Macron in Europe with Leeds United. This was followed by sponsorship of West Ham, Millwall, Sheffield United, Aston Villa, Bolton, Stoke City and Nottingham Forest to name a few.

Anna recently joined Facebook’s Sports Media Partnerships team where she focuses on the EMEA region. Previously, she was the Manager of Acquisitions and Content Strategy at beIN Sports looking after all beIN markets on a world-wide basis acquiring rights across all sports and Leagues. Part of her role at beIN was to centralise the acquisitions and content strategy across 43 countries in order to achieve a consistent content portfolio across the group and leverage economies of scale. Additionally, she was part of the Digital Strategy group at beIN where she evaluated new business opportunities, strategic partnerships and development of beIN Media Group’s OTT digital product. As an advocate of gender equality in the sports industry, Anna founded the WBR Network – a platform that shares stories of women breaking records in sport.

Benjamin is a native from Munich, Germany, who studied Media Management and Sports Marketing. Benjamin is working for nearly 15 years now at Germany’s largest and most successful soccer club, FC Bayern Munich. Since 2010, Benjamin has been responsible for operations, marketing and development of digital projects. In 2014, Benjamin was put in charge of customer care, digital licensing, media rights as well as the digitalisation of the Allianz Arena. 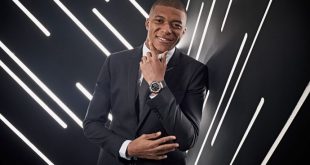