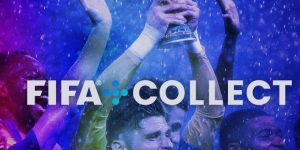 FIFA has announced ‘FIFA+ Collect,’ launching on FIFA+ later this month that will provide football fans around the world with the chance to affordably own unique digital collectibles – from the greatest game moments to the most iconic FIFA World Cup™ and FIFA Women’s World Cup art and imagery.

“Fandom is changing and football fans around the world engage with the game in new and exciting ways,” said FIFA Chief Business Officer Romy Gai.

“This exciting announcement makes FIFA collectibles available to any football fan, democratising the ability to own a part of the FIFA World Cup. Just like sports memorabilia and stickers, this is an accessible opportunity for fans around the world to engage with their favourite players, moments and more on new platforms.”

Launching later this month, FIFA+ Collect will release a range of initial collections and details of upcoming exclusive and limited-edition collections to be released soon.

FIFA+ Collect will be available on FIFA+, the world-class digital platform created to connect football fans across the globe more deeply with the game they love.

From launch, FIFA+ Collect will be available across all web and mobile devices and in three language editions (English, French, and Spanish), with several additional languages to follow.

FIFA+ Collect is powered by Algorand, the official blockchain platform of FIFA and the technology of choice for over 2,000 global organisations, governments and digital-native decentralised finance applications. It is a low-cost, carbon neutral blockchain accessible via multiple currencies and payment methods.

“FIFA’s platform – via a truly decentralised and scalable public blockchain – is the first tangible representation of the technical partnership recently announced between FIFA and Algorand,” said W. Sean Ford, interim CEO of Algorand. “The commitment FIFA has made to bridge to Web3 enabled by Algorand, is a testament to their innovative spirit and desire to directly and seamlessly engage with football fans around the world.”