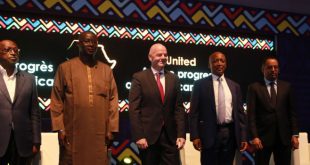 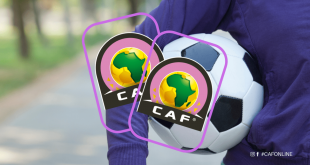 Football is playing an unexpected but vital role in rebuilding lives of war amputees in South Sudan, thanks to rehabilitation centres run by longstanding UEFA humanitarian partner, the International Committee of the Red Cross.

At the age of just 23, Majur Machol has already overcome the devastating loss of his leg in Sudan’s civil conflict, learning to walk again with a prosthetic limb. But the offer to test his football skills in a match against other amputees at the International Committee of the Red Cross’s (ICRC) physical rehabilitation centre in Rumbek felt like a step too far.

“I was afraid people were going to laugh at us when we played football on crutches,” says Majur, echoing the psychological barriers that amputees face in adapting to their sudden disability.”

“Instead the support that Majur and his team-mates received for daring to play football on Rumbek’s uneven, sandy pitch may have proved as critical to rebuilding their lives as learning to use artificial limbs.”

“It was something new to us at first, but the support we got from the crowd was overwhelming,” says Majur.

As ICRC has long recognised, football can help heal the trauma suffered by victims of conflict and humanitarian disaster. In Rumbek, where ICRC runs three rehabilitation centres to support 9,000 amputees, sport offers a pathway to restoring confidence and community.

“Having [a leg missing] is like being half dead, but the ICRC provided me with an artificial leg which enrolled me back to the community and reduced the stigma,” says Makur Madol, 47, who played in a recent ICRC football tournament at Rumbek and today helps other amputees at the centre.”

“They trained me as a repairman for three months. Now I serve other disabled people, and with this I’m able to [put] food on the table, pay medical bills and raise my children.”

UEFA has funded ICRC programmes around the world for more than 20 years , donating in excess of €3.5m to assist disadvantaged people. Part of the annual €100,000 donation made by European football’s governing body will support ICRC humanitarian activities in South Sudan, including the Rumbek rehabilitation centre’s life-changing services for people with disability.

UEFA financial support will pay to construct prosthetic limbs for patients, provide an income for people working in the centre – often patients themselves – and support initiatives to reintegrate war victims into the wider community.

It will also help the centre to purchase food, which is expensive and often scarce in South Sudan, and facilitate educational classes teaching disabled people how to develop business ideas and find employment.

“Transforming lives of people with disabilities, especially those affected by conflicts and situations of war like here in South Sudan, has been a fulfilling task,” said Fidelis Musyoka, who works for the ICRC in South Sudan.

“An amputee who lost their leg due to a gunshot not only gets a walking device but also is empowered through micro-enterprise initiatives, whether through financial support or [advice] to start income-generating activity.”

“Active wheelchair users are enrolling in our basketball teams, both in Rumbek and Juba, and we are pleased to engage them further in football on crutches. All these activities give a sense of belonging in the society.”

People in South Sudan continue to suffer, but thanks to the ICRC’s invaluable work, they can also continue to overcome adversity. And sport, in its own way, continues to provide a platform for people to find purpose, belonging and pride.