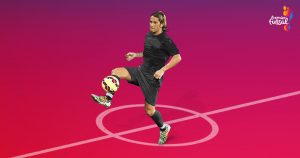 Former multiple-title winning Galactico and Spanish international Michel Salgado has signed a three-year deal to play in Premier Futsal, becoming the latest in a series of global football stars to confirm their participation in the world’s first-ever multi-national futsal league ahead of its inaugural season.

The defender, who after a decade at Real Madrid moved Blackburn Rovers for a three-year stint in the English Premier League, also made 53 appearances for Spain in various international tournaments.

Michel Salgado said, “Futsal is an extremely underrated sport. It has been the breeding ground for some of the biggest names in football the world over and I’m glad Premier Futsal in India is creating a platform that can showcase the sport and give it its due. I think the talent the league has managed to draw is fantastic with not just futsallers like Falcao but also career football players like Paul Scholes and Deco taking part. It’s almost nostalgic in a way to go up against these players again and I’m really looking forward to reliving the old days and reigniting those old rivalries, this time on the futsal court.”

Premier Futsal Co-founder, Nithyashree Subban said, “It is an honour to announce Michel Salgado as our third marquee signing for Premier Futsal. We have been committed to present Futsal in a way that has never been seen before here in India and we are living up to our commitment. Going up against such storied international talent, Premier Futsal will create the much needed roster of futsal players which can represent India on the international stage. Dinesh, Abhinandan and I have put in a lot of thought to come up with this holistic approach to breed home grown Futsal talent.”

Premier Futsal is the first league in the world to feature a multinational line-up combining the legends of football and futsal.

Led by the ‘Pele of Futsal’ Alessandro Rosa Vieira fondly known as Falcão, the league will feature over 50 International Futsallers from four continents and 21 countries. Each franchise will be assigned a marquee international football player, seven international and five Indian Futsallers through a player draft scheduled later this month.