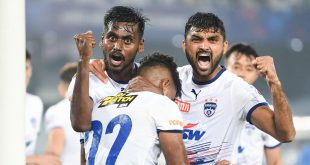 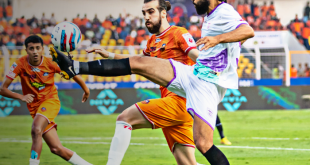 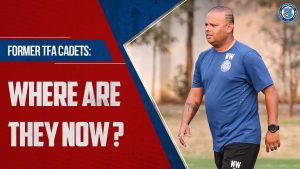 With the Tata Football Academy (TFA) U-17 trials coming up from February 1-8, young footballers across the country are keen to find ways to ace the trial and find their way into the prestigious institution.

Former TFA cadet and current Assistant Coach of Jamshedpur FC, Noel Wilson, shared his own experience at the academy, along with some vital bits of information for the stars of tomorrow.

“I came for trials at the age of 16 and I was selected out of more than 500 footballers where two coaches who helped me – Mohammed Habib and Ranjan Chowdhury.”

“What Habib Sir taught us was willpower. More than an influence on the tactical side, he would tell us to go and fight for the ball as soon as we lost it, and this fighting spirit taught us the importance of being mentally ready on the football pitch.”

The world class facilities aside, focus on football is the highlight at TFA, and this was inculcated in the cadets very early on, as Wilson notes.

“We could feel that the coaches wanted us to become something. Tata has the best facilities as we know, the training ground was perfect, the gym, the food and even studies. But it was all a step towards your profession as a footballer and they put that in us from the very beginning.”

A look at the footballing growth of India shows that academies are strewn all around the country now, but back in the day, TFA was the only big academy around, making it even more prestigious to get an opportunity there.

As Wilson explains, the coaches would scout players from different states and put them in the team setup based on their various strengths.

“Players from Punjab were physically strong so they produced the best centre backs and goalkeepers. The players from Bengal and the south were more skillful and intelligent while Northeastern players could run a lot, so the selection was done accordingly.”

“TFA develops players and molds them. My fitness level wasn’t up to par when I joined the academy but after coming there it improved owing to the attention to nutrition and health.”

Noel Wilson went on to play for some of the biggest clubs in Indian football such as Mohun Bagan, Churchill Brothers and FC Kochi, but recalls how his lessons at TFA always stood out to him during his career.

“I learnt how to be mentally fit and strong at TFA through our coaches and remembered it all my life,” he remarked.

“Even as a coach I remember what I was taught. I learn a lot from modern football but the basics remain the same as what they taught us all those years ago and you apply that with the technology of today for the best results.”

Finally, the former midfielder gave his advice to the young footballers who will take to the pitch for U-17 trials at TFA come February 1.

“In trials you must give your best. Go enjoy and don’t be scared. Don’t try and do something extraordinary that could make you fail in front of the coaches. Do what you are good at, push yourself a little bit and if you’re good you will be selected.”