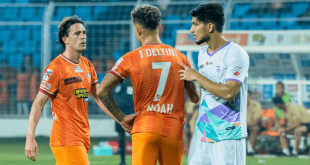 The Football Sports Development Ltd (FSDL) thanks the eminent jury members of the regulatory commission for giving a fair hearing to all three parties and conducting its independent enquiry into the case.

Keeping the interest of the sport and football at large, exercising their right to appeal as per the League rules, the Football Sports Development Limited – a joint venture between IMG-Reliance and Star India, and the organisers of Indian Super League, have registered an appeal to the ISL Appeals Panel with reference to the Regulatory Commissions’ verdict of docking 15 points of FC Goa for ISL season 2016.

FSDL feels that it would be uncompetitive for the team to start their Hero ISL 2016 season with a negative 15 points and will undoubtedly affect the morale of the team as well as the fans.

Indian football fans and in particular of FC Goa, should not have to bear such a heavy burden, for no fault of theirs. They have been very supportive of football, ISL and FC Goa, and the fans have been a good sport conducting themselves well in all matches held in Goa and turning out in large numbers to support ISL and football.

FSDL believes that a relook at this aspect of the sanction is in the larger interest of football.

FSDL, therefore has appealed to the Appeals Panel that the action of individual owners should not affect the fans of FC Goa, and all teams must compete on the field evenly.

Football Sports Development Limited has always endeavoured to provide its audiences the best quality football the country can offer with all teams mandated to sign 8 to 10 superior international players, including one marquee, in addition to 13 to 16 best Indian players. The management has always believed that the football fans in the country are the supreme most power in promotion of the beautiful game, and that their love for the sport as well as for the clubs need to be regarded highly above all aspects. 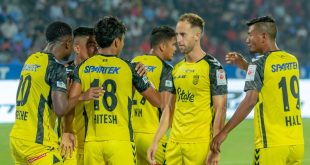