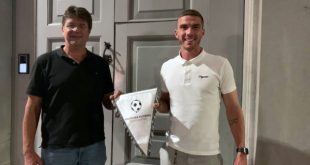 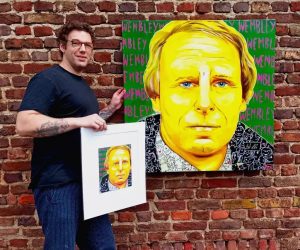 With this art campaign and auction called “Champs of Charity”, outstanding personalities of victorious German national teams will be immortalised by the artist Flör and the artworks, originally signed by the prominent football stars, will be auctioned off for social causes.

When in 2020, at the start of the last, extremely successful initial art project with Jürgen Klopp and Urs Meier, the artist Ralf Metzenmacher died by complete surprise, the non-profit association with its partner gallery unicartem decided to continue the idea of building bridges between art and football with a new project in his spirit. The pop artist Flör from Düsseldorf spontaneously agreed to support “Champs of Charity” with his charitable commitment.

For each original work, 25 art prints (Affordable Arts) will also be produced, which the artist will individually rework and which will also be originally signed by the prominent football stars.

Roland Bischof, President of the German Football Ambassador, is pleased about the great support from the football personalities, the artist as well as the partners unicartem and United Charity: “I would like to thank all those involved and am very pleased that our football ambassador family is so engaged in promoting the social background of our idea”.

The first auction with World and European Champion Berti Vogts will start on 08.06.2021.

The Affordable Arts can be purchased at:

More information about the artist: