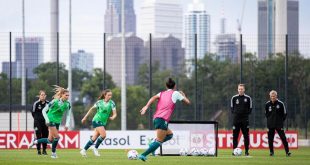 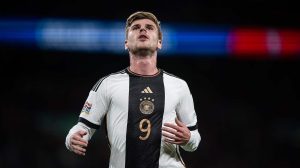 RB Leipzig’s Timo Werner picked up an ankle injury in his side’s 4-0 win over Shakhtar Donetsk in the UEFA Champions League on Wednesday, November 2 evening. Scans on Thursday showed that the striker has torn the syndesmosis ligament in his left ankle and he will unfortunately be out for the rest of the year.

This means that Germany head coach Hansi Flick cannot call upon the services of the 26-year-old at the upcoming 2022 FIFA World Cup in Qatar. Germany’s campaign gets underway on November 23 against Japan in Group E.

Hansi Flick said, “It’s very sad news. I feel really sorry for Timo that he will miss the FIFA World Cup that he was so determined to play at. Above all, though, his absence is a big loss for the team. We’ll be losing a superb striker and a real team player who has a great goalscoring record for his country. We wish him a speedy recovery!”

Hansi Flick will name his squad for the 2022 FIFA World Cup this Thursday at the DFB-Campus in Frankfurt. Germany are also set to take on Oman in their final game before the tournament on November 16 in Muscat. 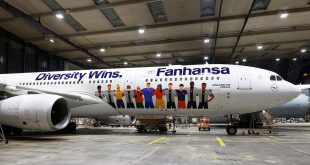 Germany to fly with Lufthansa’s Fanhansa with Diversity Wins slogan to Oman camp!

For reasons of sustainability, the German national team will travel by scheduled flight to its …