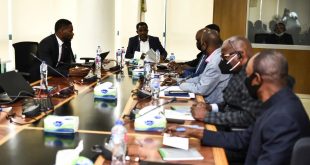 Elieneza Nsanganzelu is fitness coach for the Tanzania national team. The Taifa Stars have reached the second round of FIFA World Cup qualifying and lead Group J, level on points with Benin. Nothing is decided, however, and in November they have another two fixtures to play. “We’ll push hard,” said Nsanganzelu.

The 35-year-old is also an instructor for coaches in the Tanzania Football Federation (TFF). For D and C licence courses he travels to any of the 31 regions in the African nation, or the participants make the journey to the city of Dar es Salaam, the largest city in Tanzania. Over the last five days, Elieneza Nsanganzelu furthered his own training, taking part in the “International Instructor Course” (IIC) which the DFB ran for the third time, supported by the UEFA Assist programme.

“It was the most impressive course so far. Everyone worked with intensity, the discussions were profound and exchanges were of a high quality,” said course leader Sebastian Weinand. For the first time, the DFB ran the IIC with three national football federations. The responsible technical directors as well as 19 participants were nominated by the Tanzania Football Federation, the Football Association of Zambia and the Mauritius Football Association.

Sense of community despite distance

Although the course ended up taking place online via the platform Edubreak, a sense of community was quickly established. “We all love football and all of us want to be successful. When you have good teachers and instructors you create good coaches. That principle is our starting point,” explained Weinand.

He had support from Martin Hammel. The former coach at a DFB centre lives in Tanzania and supports the federation. “Football is so much more than technique and tactics, which is why I was so convinced by the concept of the International Instructor Course. We develop the instructors’ social skills as well as their methods and competency with different media,” explained Hammel.

“Sebastian has fundamentally changed the way we teach. In the future, no participant will switch off during sessions. You have to constantly been keeping them active and get them to take on responsibility,” said Elieneza Nsanganzelu.

“After the first two courses, the demand was very high this time. The need is also huge because unlike in Germany, the population in Africa is very young. Half of the population is 20 years old or younger and almost everyone wants to play football,” reports Weinand.

Elieneza Nsanganzelu completed the International Coaching Course at Leipzig University and has been living in Tanzania again for the last three years. The pandemic was a harsh setback after the country had made economic progress in recent times. World-renowned travel destinations such as the Serengeti and Zanzibar felt the effects when tourists from Europe and the USA suddenly thought it better to stay at home. Elieneza Nsanganzelu said: “My country was deeply affected.” This was also due to the fact that President John Magufuli, who has since passed away, thought that Corona was “no big deal”. Nsanganzelu estimates that fewer than one million people have been vaccinated out of a population of 60 million.

Now he is hoping for rapid progression of the vaccination campaign, and is dreaming of the FIFA World Cup, a competition for which Tanzania have never qualified. If they manage to defend top spot in their group in November, they will be in the final round of qualifying along with nine other African nations. Five will qualify for the FIFA World Cup in Qatar. “If we manage it,” he laughs, “we’ll have a very happy Easter in Tanzania.” 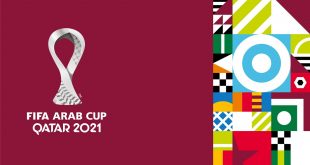