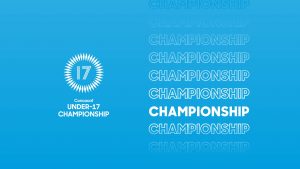 CONCACAF has announced that Guatemala will host the 2023 CONCACAF U-17 Championship (CU17C). The qualifying competition for the FIFA U-17 World Cup will take place February 11-26, 2023, in Guatemala City and Antigua Guatemala, Guatemala.

“The CONCACAF Men’s Under-17 Championship is an important competition which allows some of the best young players in our region to showcase their talent, and to compete to qualify for a place on the international stage,” said CONCACAF General Secretary Philippe Moggio. “We are very excited to work alongside the Guatemalan Football Federation and local stakeholders to deliver an outstanding competition for participating teams and their fans,” added Moggio.

After round robin play, the best three teams in each group will advance to the knockout stage, where they will be joined by the four group winners from the Qualifiers.

The knockout stage play will include a round of 16, followed by quarterfinals, semifinals, and final. All knockout stage matches will be played in a single match elimination format and the semifinalists (four teams) will qualify for the 2023 FIFA U-17 World Cup – Peru.

The competition’s 39 matches will be divided across two venues, Estadio Nacional Doroteo Guamuch Flores in Guatemala City and Estadio Pensativo in Antigua.

Details regarding the official draw will be confirmed at a later date.

In the previous edition of the CONCACAF U-17 Championship, played in Bradenton, FL, in 2019, Mexico won its eighth title at this age level, with a 2-1 extra time win over the United States in the final.

CONCACAF announced this news at its “CONCACAF Access” event, taking place in Guatemala City on Tuesday, August 16. The event saw the Confederation bring together football stakeholders, including the federation, leagues, and clubs to discuss the ongoing growth and development of the game in Guatemala and across Central America.

Number of teams qualifying for the 2023 FIFA U-17 World Cup: Semifinalist (four teams)