How has Indian football grown over the past few years?

Arunava Chaudhuri 2019-12-06 General Comments Off on How has Indian football grown over the past few years? 450 Views 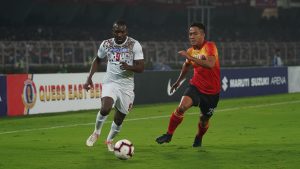 Over a decade ago, if you had asked Indians about the sports they love, Cricket must have been the sole name. Indeed, Cricket has got its prime place in Indian hearts but football is a sport that is inching closer.

Also, for the people who like online betting, you can try football odds with betrallyindia.com/football-betting/ and bet in the most professional way.

Particularly, right after cricket, football has been the game that is loved in most parts of India. Whether it is kids playing or a teenage guy, the fight between Messi and Ronaldo is simply unending.

Speaking about Indian Football, Sunil Chhetri has been the true name in football. Being the captain of Indian football, he has taken the football game to the next level. More to it, Indian football has grown exponentially due to the advent of the Indian Super League.

Well, to let you know more about the reasons for exponential football growth in India, let’s go ahead and unwrap every possible reason, one by one.

Indian Football Growth Over the Past few Years: Potential Reasons

Speaking about the era before the Indian Super League the game of football was not much popular. Sports lovers were indulged in cricket where IPL was people’s favorite sports league.

However, as soon as the Indian Super League came into existence, Indian football got a new face. Yes, currently, there are tons of soccer talents who play in ISL for different teams.

Along with that, different foreign players such as Nicolas Anelka, Wes Brown, Marco Materazzi are also loved by Indian audiences.

Altogether, with the advent of ISL and international players coming into play, Indian football took a giant leap all of a sudden.

Whether it’s the TV advertisements or IPL games, Bollywood Celebrities have played a major part in the success of such stuff.

Well, the same case goes for the football game too where different celebrities have been an integral part of these sports. Whether it’s Abhishek Bachchan, Salman Khan or the Legendary Amitabh Bachchan, all have contributed towards the success of football games.

Right from the teenage to adulthood, people follow celebrities and this made a huge impact on sports like football

Therefore, in the future, it’s no sort of doubt that celebrities will play a major role in the expansion of football.

Be it any soccer fan of India, almost every other person loves English premier league to the core. Be it the Manchester United, Chelsea or Arsenal, Indians fans are fanatics for English League names.

Well, the same craze fuelled the Indian Football and brought craze for people to play soccer. Apart from that, even the Spanish leagues have brought a good impact on Indian soccer and are on enhancement.

Hence, there is no sort of doubt that these leagues will continue to increase the craze of Indian fans for football in the nearby future.

Gone are the days when the Indian media covered only popular sports matches. Right now, the entire Indian Super League is broadcasted on Star Sports, every single year. With this, people are showing interest in watching soccer games.

More to it, there plenty of online betters who bet on their favorite soccer teams and the players. With this, the online bookmakers are earning huge money bringing more people into the game of betting.

Well, apart from the sports channel, the Indian media have started showing interest to show soccer news. This gradually spread awareness about Indian football over the past few years.

Seeing the growth of Indian football over the past years is truly phenomenal. There were times when cricket was at its peak but in 2019, even football sports have gone to the next level.

Plus, there are companies that are funding the league matches of soccer. This is a sweet gesture and will eventually contribute to the better growth of football as a sport.

Lastly, for the people who love to bet in soccer or cricket, you can browse through different betting sites. Finally, choose the better site, bet using your skills and win money in the nearby future.