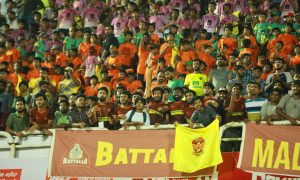 The voting will begin with the Goal of the Season and follow the order mentioned below.