India coach Constantine: We need to cope with the situation!

Arunava Chaudhuri 2016-06-01 Team India Comments Off on India coach Constantine: We need to cope with the situation! 1,366 Views 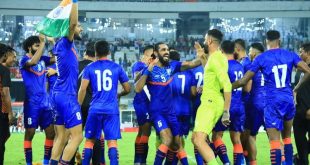 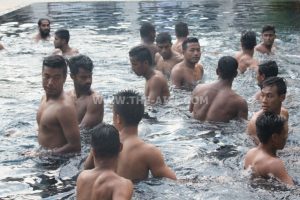 Injuries and Club commitments didn’t allow National Team Coach Stephen Constantine to have all the Players in the Preparatory Camp at his disposal. Prior to India’s crucial match against Laos in the 2019 AFC Asian Cup Qualifiers, Constantine spoke at length about his prime focus in the Camp, the fitness levels, team spirit, about how he will cope up and much more.

How has your preparation been?

It has been very difficult. We have been trying to qualify for games and if you don’t have half the squad it becomes difficult. We couldn’t even train 11v11 in training. Some of the Players had AFC Cup commitments with their Teams and then the injuries hit us hard.

How will you cope up with it?

It’s a very difficult situation for us – that too ahead of such a crucial match. You need to cope with the situation and we have focused on the team spirit which is tremendous. The boys have shown in the SAFF Championship what they are capable of and we need to get the desired result.

So what was the main focus in the Camp?

It’s understandable that there will be a lot of new combinations in the Team.

My primary objective since taking over some 18 months ago has been to develop a bigger pool of Players than what we had. When I took over, we had a pool of some 20 Players to choose from. The pool has now increased to 35-40 Players at the moment. Some of them may be 2-3 International games old but as they go forward, I have been stressing to build a Team for the future, at least for the next 5-6 years. I did the same in my first stint in India.

Yeah, there may be new combinations but we have to cope up with it.

What’s your idea of Laos as a Team?

I have said this many times that there are no easy Teams for us. We need to look at ourselves and do the work which is needed on the field. It’s more about how good we are than our rivals. 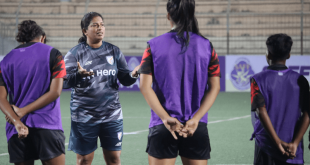