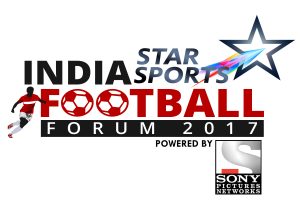 THE stupendous success of the 17th Edition of the 2017 FIFA U-17 World Cup in India has paved the way for the speedy development of football in the country.

Building on that premise, Youth Connect – On Ground and in the Digital Arena, will be the principal topic of discussion and analysis during the ‘Star Sports’ India Football Forum 2017, the country’s annual industry event for major players in the football ecosystem, taking place this year at the St Regis hotel in Mumbai on Friday, December 15 from 10 am onwards.

Co-presented by Sony Pictures Networks, IFF 2017 will examine how the AIFF and the Government propose to take forward the U-17 World Cup Legacy Plan, deliberate on Grassroots Development efforts by the clubs, as well as take up for discussion how Big Data, and Application of New Technologies are all essential components of the larger aim of connecting the game to the people.

Notable national and international figures who will be speaking at IFF 2017 include:

Representatives of the LaLiga, Borussia Dortmund, and others will offer a global perspective on growing the base of the Indian football pyramid. The Reliance Group will update participants on the largest grassroots football development program the country has ever witnessed. Efforts of the ISL clubs to engage with the communities in their respective catchment areas will also be in the spotlight, as too the latest developments in the ongoing restructuring of league football in this market.

Established in 2010, the India Football Forum, one of the key properties of the SportzPower Knowledge Series (SKS), brings together some of the best minds on one platform for what is the definitive conference on the business of football in this market.

The Lead Partner for IFF 2017 is STAR Sports, while the Platinum Partner is SONY Pictures Networks. The Knowledge Session Partners are Cutting Edge Events, Mumbai City FC, adidas and SportzConsult. Other Partners include IISM, Mumbai Live, ESP Properties, and The Fan Garage.