India U-17 Women go down to Iceland in Open Nordic tournament! 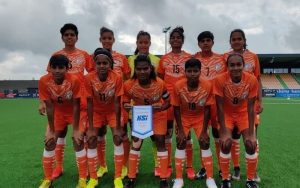 The India U-17 Women’s Team suffered a 0-3 loss at the hands of Iceland on Monday, July 4 at the Jessheim Stadion in Jesshein, Norway in their second match of the Open Nordic Tournament.

Iceland scored in both halves, with Emilia Oskarsdottir netting a second-half brace late on, to win the match for the European nation.

It was a promising start for India as they competed in an intense midfield battle that saw winger Anita Kumari get an early shot away from the right which was saved. Minutes later, India earned a corner that was taken by Neha, but ultimately the danger was averted.

Both Anita and India goalkeeper Melody Chanu had good first halves. The former made a few inroads around the half-hour mark, while the latter had to make a few acrobatic saves to keep her side in the game.

However, it was Iceland who took the lead in the dying minutes of the first half when Lilja Bjork Unnarsdottir scored off a free-kick.

India head coach Thomas Dennerby brought on striker Lynda Kom in place of Kajol Dsouza in the second-half as India pressed for the equaliser. Nitu Linda almost created a chance out of nowhere, as she closed down her opposite number to snatch the ball off her feet inside the Iceland penalty area. However, the opposition keeper was close at hand, managing to gather the ball.

With less than 30 minutes of regulation time left of the clock, Oskarsdottir snuck in behind the Indian back-line and slipped it past Melody Chanu to double Iceland’s lead.

Nitu Linda and Lynda Kom had a couple of more chances with the clock winding down, but they could not capitalise. Finally, with a little over five minutes of regulation time left, Oskarsdottir sealed the fate of the match to make it 3-0. 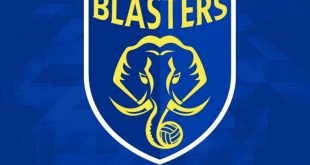