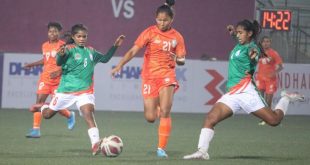 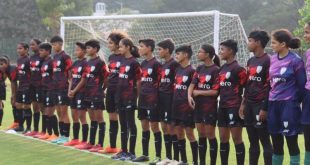 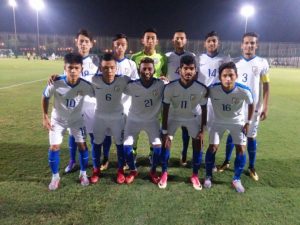 The India U-19 side dominated as they comprehensively beat the U-19 side of Al Gharafa football club 3-1 in a friendly encounter in Doha, Qatar tonight (October 30, 2017). Rahim Ali scored a brace with goals in the 37th and 40th minute while Princeton put his name on the score sheet with a goal in the 59th minute.

The first real chance of the game had gone to Abhishek Haldar but his header just missed out. Rahim too got an opportunity immediately after but his strike managed to only strike the post. India dominated the midfield thereafter, keeping possession for long spells. The dominance showed and India finally broke through with Rahim Ali finding the net in the 37th minute.

The joy was however short lived as Al Gharafa struck back the next minute to bring things level. But Rahim Ali had other plans as he did not let the opportunity go to waste and struck his 2nd goal of the night to make it 2-1 in the 40th minute. The teams thus headed towards the tunnel with India having a 2-1 lead.

A couple of substitutions signalled the start of the 2nd half as Al Gharafa tried for the equaliser, but the Indian forward line didn’t let the home side rest with Rahim once again troubling the rival backline. He and Princeton combined well, eventually leading to the latter finding the net with his super finish in the 59th minute. 3-1 to India.

Coach Matos opted to try out few things as a series of substitutions followed to get some playing time under everyone’s belt. No real chances were created in the final quarter but India kept the possession largely to themselves inside the Al Gharafa half of the pitch as the clock ran down.

India will now travel to Saudi Arabia to take part in the AFC U-19 Championship Qualifiers, where they will face the hosts on November 4 in their first encounter.

Previous FIFA Women’s Chief Sarai Bareman: There was a feeling in the air that everyone was breathing football!
Next Delhi High Court dismisses AIFF President Praful Patel election in Dec 2016, S.Y. Quraishi to be AIFF administrator!