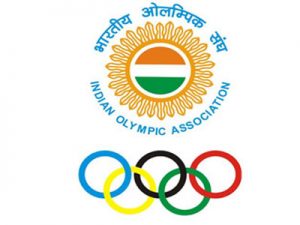 Indian Minister of State (I/C) Youth Affairs and Sports Col Rajyavardhan Rathore has emphasized transparency and good governance in sports bodies and said the government is committed to ensure ‘clean sports’. In a meeting with a delegation of International Olympic Committee (IOC) he said not only is a pool of players being created but also the government is trying to create a Coach Bank to provide proper training facilities to sportspersons.

A delegation of International Olympic Committee (IOC), Olympic Council of Asia (OCA) and IOA led by IOC President Dr Thomas Bach here yesterday, April 19 called on the Minister. During their hour long meeting both sides discussed matters relating to sports promotion and development, good governance and how to further strengthen the relations with the international Sports bodies.

Col Rajyvardhan Rathore briefed the visiting delegation about the efforts made by Government of India to involve people at the grassroots level in promoting sports as a movement. In this regard he referred to recently concluded Khelo India School Games to spot the sporting talent at an early age. He said similar competitions would be organized in future at College and University level. Underlining the importance of good governance in Sports Bodies the Minister said government with the help of Indian Olympic Association has prepared a Sports Code to bring transparency in functioning of the National Sports Federations (NSFs), fair selection of players for competitions and accountability for proper utilization of funding to sports bodies by the government. He said government is making all efforts to make Sports Federations accountable for on and off the field performance. He said the government is committed to provide all facilities and funding for development and promotion of sports in the country. He also said ‘Make in India’ is a successful program and the government will try to make India into a manufacturing hub for sports. Rathore categorically mentioned that his ministry has zero tolerance for substance abuse or for cheating in sports.

IOC President Dr Thomas Bach appreciated the initiatives taken by the Indian Government to bring transparency and good governance in sports. He said IOC is happy that Indian government has categorical views on ‘clean sports’. Dr Bach proposed that a 4 member group consisting of representatives of government, IOC, IOA and OCA be formed which could suggest the roadmap for sports development in India.

Narinder Batra President of Indian Olympic Association assured the government of all support in matters of good governance, transparency and in implementing the sports code and said there would be no compromise on good governance matters.