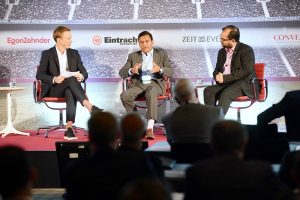 The 4th International Frankfurt Football Summit 2018 was held on Tuesday, September 4 at the Villa Kennedy in Frankfurt, Germany with Indian football a topic for the first-time ever.

The football conference, which was initiated in 2015, takes into account the increasing internationalization of football and, as the International Frankfurt Football Summit, addressed the economic and media challenges of football.

At the International Frankfurt Football Summit, the topics “New markets in football business”, “Marketing in the digital age” and “Professionalization of structures” played an important role. In the Session II of the day, the focus fell on the United States and India under the title “Perspectives from abroad: Lessons learned from leagues in different markets”.

Mr. Das informed the audience about the current state of football in India including the league structure, the rise of the Indian national team and the FIFA U-17 World Cup India 2017, besides explaining the importance and the potential which India offers to European clubs and federations in the context of their internationalization strategies. Mr. Das also highlighted the efforts of the All India Football Federation to give the best possible exposure to its national teams and the recent success of the youth national teams including the impressive 2-1 win of the India U-20s against Argentina.

The AIFF General Secretary suggested that European clubs should think about signing Indian talents at an age of 16 to 18 to nurture them into quality players which could play in the top tiers of European club football, which would also result in a higher standard of the various Indian national teams.

The one-day #FootballSummit was organised by Convent Kongresse GmbH, a company of the ZEIT publishing group, in cooperation with the Deutsche Fußball Liga (DFL). 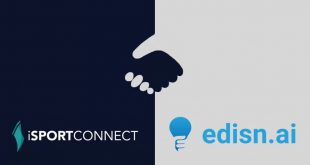