Is time up for Joachim Low with Germany?

Arunava Chaudhuri 2020-11-30 Team Germany Comments Off on Is time up for Joachim Low with Germany? 329 Views

Germany to kick off new year in Duisburg!

Joachim Löw has been the head coach of the German national team since 2006, one of the longest spells by anyone in international football. After his side suffered an embarrassing 6-0 loss to Spain recently in the UEFA Nations League, is it now time for a change from the German Football Association?

The defeat to Spain was Germany’s worst result in a competitive match. It meant they failed to qualify for the finals of the tournament next year and brought up their third loss in their last eight matches. 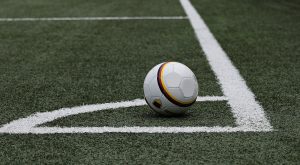 Löw has tasted some fantastic glory with the German national team. He led them to victory at the 2014 FIFA World Cup in Brazil. They also reached the final of the European Championship in 2008 under his leadership, losing to Spain for the trophy.

This latest run of form though, adds to the disappointing World Cup Germany suffered in 2018 in Russia. They were eliminated in the group stages of the tournament. One of their worst ever performances at a major event.

National team director Oliver Bierhoff has publicly backed Löw. However, he is coming under increasing pressure outside of the German FA to make a change. If Löw does survive until Euro 2020 next summer, he may need to take Germany to the latter stages of that tournament, at the very least, to keep his job.

Who Would Replace Löw?

Hans-Dieter Flick was Löw’s assistant between 2006 and 2014 and many people feel as though the German head coach relied heavily on his former right-hand man. 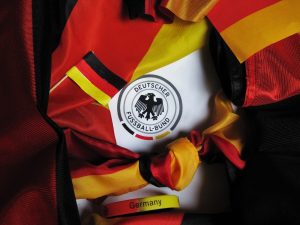 Dieter Flick has had an incredible amount of success since taking over Bayern as their manager in 2019. The German won the treble last season, including the Champions League where they beat Paris Saint-Germain in the final .

Bayern are expected to continue their domination again in the 2020/21 campaign under Dieter Flick. They are 1/6 in the Bundesliga betting to defend their title. If they make a clean sweep of the trophies available to them again, the German may be open to the national team job next year.

RB Leipzig head coach Julian Nagelsmann is another manager who has a big reputation. He has done an excellent job at his Bundesliga club since taking over last year. At 33 years old, he would be one of the youngest coaches to take charge of his national team if appointed.

Players Who Give Hope for The Future for Germany

Although Germany’s results haven’t quite been up to their usual high standards, there are a number of players within the squad Germans should be very excited about. Arguably the pick of those is Kai Havertz. The Chelsea midfielder has been compared to Michael Ballack, which is some compliment for the 21-year-old.

The majority of the German national team squad are in their early 20s, including Serge Gnabry, Timo Werner and Julian Brandt. If Löw or a new head coach can improve the confidence in the team on the international stage, they can certainly be a big force again at the next few major tournaments.

Whatever the future holds for Löw, he has been a fantastic servant for his country over the last 14 years and he will go down in German history as one of their finest head coaches.

Twins, Lars and Sven Bender have decided not to extend their contracts with Bayer 04 …