Jamshedpur FC back at Furnace for first 2023 home game against Chennaiyin FC! 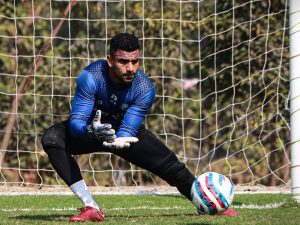 “Everyday has to be a good defending day for us. Clean sheets are very important for us,” quoted the Jamshedpur head coach Aidy Boothroyd in the pre-match press conference ahead of their next game of the 2022-23 season of the Indian Super League.

After the hard-fought loss in the home game at Kochi against Kerala Blasters, the Men of Steel are back for the next battle at home. The Jamshedpur FC squad return to the Furnace as they host Chennaiyin FC for their first home game of the year 2023 season for their reverse fixture.

Jamshedpur FC and Chennaiyin FC have faced each other 11 times out of which the Marina Machans have managed to come out victorious in majority of the meetings between the two (5).

In the last fixture shared by them, Chennaiyin FC got the advantage over Jamshedpur FC with two goals in the final minutes of the game by the Marina Machans awarded them the winning points at the end of a tough battle.

On coming back to playing in front of the home fans, Aidy Boothroyd opined, “Everyday has to be a good defending day for us. Clean sheets are very important for us.”

The Men of Steel currently see themselves at the 10th position while the Marina Machans are seventh on the league table. Both sides had a draw and a loss as final results in their previous two games. While Jamshedpur FC played their previous game just a couple of days ago, Chennaiyin FC are yet to play their first game of this year.

As both sides prepare yet for another exciting clash at the Steel City, the two young and energetic squads will be eyeing to register their first win of the year. With the business end of the season drawing closer, both sides will want to keep their ascend towards the top end of the table alive by grabbing the winning points.