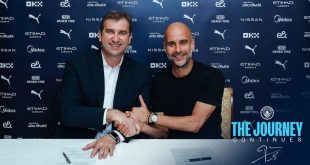 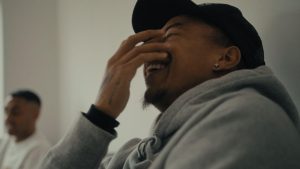 For the first time publicly, Jesse Lingard has opened up about what contributed to his poor performance after returning from the 2018 FIFA World Cup as one of England’s star players.

The Premier League footballer reveals how his mum, who had dealt with clinical depression since he was born, was hospitalised over her mental health. Jesse became the main carer for his younger siblings and his home life started to affect his performance on the pitch negatively for Manchester United.

Compounded by intense media and fan backlash he faced his own battles with his mental health – a stark contrast to his positive public persona. His story is told against the backdrop of the build-up to the 2022 FIFA World Cup squad announcement which Jesse is hoping to make.

This brand new 1×60 documentary, exploring he and his family’s past and present, is produced by NEO Studios and One Touch Entertainment. It airs from midnight on Wednesday, November 16 on All 4 and will broadcast on Channel 4 at 00:05 on Friday, November 18.

The former Manchester United and West Ham United attacker, capped by England 32 times and with multiple domestic and European honours under his belt, is now at Nottingham Forest.

He has been an uplifting influence through his own social media channels to more than 22 million fans around the world.

Jesse Lingard said, “I believe it’s important to be open and honest about mental health because, on a personal level, opening up and actually speaking to people, made me feel a lot better. It was like the weight was off my shoulders, and I could finally be myself and start playing football again. I hope the audience sees how resilient I was even in situations that were really hard. Even in sport when you have mental breakdowns, it’s really important that your mental state and your health comes first. Hopefully my story inspires more people to deal with situations that they’re going through and to be open about mental health.”

Debbie Ramsay, Channel 4 Commissioning Editor, News and Current Affairs, said, “Through Jesse’s documentary we see that no-one is immune to mental health struggles – not even those who seemingly have everything. It is great that Jesse and his family realise the importance of being open, honest and raw about this as well as showing what a help talking to others can be in managing your mental health. I hope this documentary also adds to the conversations about being kind to others as you never know what’s going on in their lives.”

Karolyn Holbon, Director Unscripted EU, NEO Studios said, “We’re delighted to work with Channel 4 in bringing the vital messages in Untold: The Jesse Lingard Story to the public. We hope that with Jesse talking about his own mental health, it will get others within and outside professional sport and outside to talk about theirs. There is an imbalance in the discussion of the physical health of elite athletes compared to their mental health, and we hope with this documentary it will further normalise it.”