Kerala Blasters to kick-off their ISL-8 preparations on July 30! 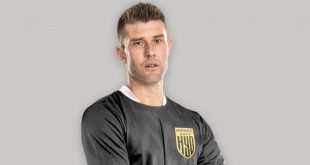 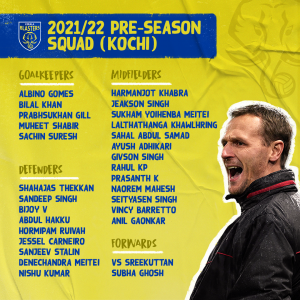 Kerala Blasters FC has announced today that the club will kick-off its preseason preparations on July 30, ahead of the 2021/22 Indian Super League season.

Ivan is set to give the first-team exposure to at least six academy players, four of whom hailing from Kerala during their preseason schedule. Reserve team players Sachin Suresh, Sreekuttan VS, Shahajahas Thekkan, Bijoy V, Sukham Yoihenba Meitei, and Anil Gaonkar are all in line for playing time across the Kerala Blaster’s preseason friendlies.

Kerala Blasters FC’s sporting director Karolis Skinkys comments on pre-season, “I’m really happy to see our players on-field at the beginning of August. I’m happy that we are able to give the coaching staff a longer period to work with the players, to get to know them, to prepare physical conditions, and to implement main tactical rules. It will be beneficial to begin the training camp now, as all these activities need time. I’m sure players are missing football a lot, we are a young team, players are striving to be the best. Also, good young players from the reserve team will get the chance to be recognized by the first-team coaching staff. I can’t wait to meet everyone in Kochi.”

Kerala Blasters head coach Ivan Vukomanovic added, “It is very important for the club to have a long preseason ahead of the start of the season. I want the players to be in their best form before they boot up for their first match for the season. Also, it would be helpful for the players as well as the coaching team to find a rapport well ahead of the season. I am glad that we are having long preseason plans which I am looking forward to utilizing in the best possible way. I am excited to come to Kochi and meet all the players.”

With foreign recruitment ongoing, newer additions will link up with the squad, as and when they’re signed.

In the wake of the COVID-19 pandemic, all players and coaching staff will be following strict Covid-19 protocols and will abide by all the safety precautions without any lapse.