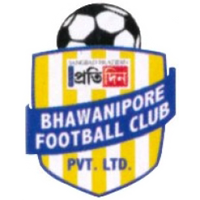 Former Indian international midfielder Shylo Malsawm Tulunga has left East Bengal Club to join another Kolkata side in Bhowanipore FC ahead of the Calcutta Football League.

31 year old Shylo Malsawm Tulunga, better known as Mama, is a hero in his home state of Mizoram, having amongst other things a stand at the Lammual Stadium in Aizawl named after him and current generation heros of Jeje Lalpheklua, Lalrindika Ralte and others seeing him as their football godfather.

Malsawm Tulunga was looking to sign for an Indian Super League team, but with none of the franchises showing interest in him, he decided to sign for Bhowanipore FC to play in the Calcutta Football League and he looks to sign for another side ahead of the I-League top tier.

Mama started his career with the Tata Football Academy before joining East Bengal Club in 2002. He spend fiev years at the red and gold before playing a season each at Salgaocar FC and Mohun Bagan before joining United SC in 2009, whom he left for East Bengal in 2013.

In 2014, Mama played on loan in the inaugural season of the Indian Super League for the Delhi Dynamos before returning to East Bengal.