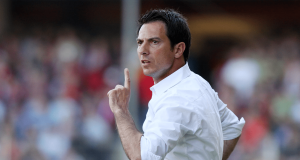 When I first heard that former Indian Super League champions Bengaluru FC were considering to sign Italo-German Marco Pezzaiuoli as their new head coach, I felt that it would be a good choice to bring in someone with Marco’s experience and knowledge to rebuild the Blues squad after an unsuccessful ISL-7.

Marco Pezzaiuoli will become the first German head coach of an Indian Super League club and looking just at his coaching career, one will realise that talent development has been one of his key areas over the last three decades.

I want to look back at 52 year old Mannheim-born Marco Pezzaiuoli coaching career first. Marco didn’t play professionally in Germany as he played for SV 1898 Schwetzingen and VfR Mannheim in the amateur lower leagues and he had to end his career due to an injury.

Marco started his coaching career in his early 20s with the SV 1898 Schwetzingen U-19s before moving on to the youth system of professional side Karlsruher SC. Marco spend close to a decade with the KSC youth before becoming assistant coach of the first team under Stefan Kuntz (now Germany U-21 head coach) and Lorenz-Günther Köstner. He then coached KSC II for a season.

He returned to Germany in 2006 to coach fourth division side Eintracht Trier for a month before moving on to the German federation (DFB) to coach German youth teams in the next three years, the Germany U-15s, U-16s, U-17s, and U-18s.

The biggest success at the time came with the Germany U-17s, when in 2009 they won the UEFA U-17 European Championships. The team had players like Mario Götze, Germany’s 2014 FIFA World Cup final goal scorer, the goalkeepers Marc Andre ter Stegen and Bernd Leno amongst others.

In 2010, Marco joined then rising Bundesliga side TSG 1899 Hoffenheim under head coach Ralf Rangnick, but six months into the job, Rangnick was fired and Pezzaiuoli took his role but only until the end of the season.

In 2014, Marco moved to J-League side Cerezo Osaka and there his stint lasted only three months, but he quickly moved to Chinese Super League and Asian giants Guangzhou Evergrande as their youth director, where he also coached their youth teams.

After three years in Shanghai with Evergrande, Marco moved back to Germany to join Eintracht Frankfurt’s youth development system in 2018 and stayed with them as their technical director of the NLZ (Academy) until recently resigning from his position to move to India.

While leaving Eintracht Frankfurt as their technical director, Pezzaiuoli said, “The last four years have been characterized by a great development of Eintracht with great successes in the Europa League and winning the DFB Cup. The incredible fans, the euphoric environment and the people in the club have grown very dear to my heart. It was very special for me to work for this club, ”says Pezzaiuoli. “Above all, I have always been fascinated by the enthusiasm and zeal with which the young people are involved.”

And this statement sums-up Marco as a coach. Working in the youth system of Eintracht Frankfurt has been a great pleasure for him but the challenge of moving to a new country, rebuilding a struggling club and blooding young talent into the senior squad is something Marco would look forward to do at Bengaluru FC.

First the AFC Cup qualifiers wait before in the summer, the Bengaluru FC squad will be rebuild for the 2021/22 season.

Below the ‘West Block Blues’ podcast ‘Fresh off the Block’ featuring me, Arunava Chaudhuri, speaking about Marco Pezzaiuoli as the new Bengaluru FC head coach!