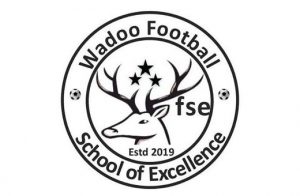 Mehraj has been one of the footballers who have successfully made the transition from playing to coaching and now he is taking it one step further by hving launched the Wadoo Football School of Excellence.

Mehraj said, “I always had the dream to have my own football team after I retire from active football and that was the reason I did all my coaching licences during my football career. Last season I was coaching SFA (State Football Academy of Jammu & Kashmir) and then FC Pune City and it was a great experience to work with the young players and I was quite successful with that in terms of results.”

“I believe I can help young players to train and make them better and being in Mumbai last year, watching so many young players I believe that there is a lot of potential which needs to be polished and can be used by the clubs and the country.”

“This was the reason I took the initiative of opening my own football school where I along with other coaches I will help the youngsters to grow in a right direction under my own philosophy.”

“Wadoo Football School of Excellence will be based in Mumbai and will be spread slowly all over. That is the idea for the moment. I’m happy with the response from the people and it is also good to see some great footballers appreciating this step,” Mahraj ended by saying.