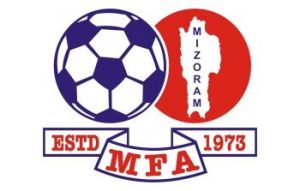 The Mizoram Football Association has send an official letter to India’s Ministry of Youth Affairs and Sports inquiring about what they termed the disregard of Jeje Lalpekhlua for the Arjuna Award.

The letter amongst other things said the following:

Firstly, the Mizoram Football Association offers sincere congratulations to all the athletes recently honoured on National Sports Day. However, it is with respect that we would like to inquire the case of Jeje Lalpekhlua, who has been nominated for the Arjuna Award on three separate occasions only to be overlooked in each of the past instances. We would be very much obliged if you can further provide us the detailed criteria for the Arjuna Award recipients.

Jeje Lalpekhlua has been named among the nominees for the Arjuna Award by the All India Football Federation on three separate occasions in the past.

In 2017, he, along with Gurpreet Singh Sandhu and Bembem Devi were nominated and the award went to Indian women great Bembem Devi.

In 2020, Jeje was again nominated along with Sandesh Jhingan and Bala Devi, and as was the case in the previous year he was again overlooked for the lesser capped Sandhesh Jinghan.

While the MFA acknowledges and applauds the Indian footballer awardees; it insists upon the disclosure of the detailed criteria for the Arjuna Award, as well as the explanation to the question ‘Why has Jeje Lalpekhlua been been overlooked after three separate nominations?’

Jeje has earned 56 caps for India, scoring 23 goals, second only to Sunil Chhetri in the national scoring charts among active players. He is currently ranked 6th on the all time scorers list. Gurpreet Singh Sandhu and Sandesh Jhingan, who both have earned worthy acclamation through their storied careers, have both earned 38 and 36 caps respectively.

It will be interesting to see if and what the Sports Minister Kiren Rijiju will reply to the Mizoram Football Association.