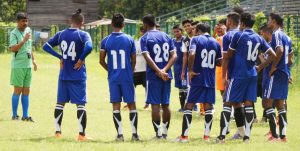 Mohammedan Sporting Club, who are participating in the inaugural Kolkata Futsal League (KFL) organized by the Indian Football Association (West Bengal) in association with Garia’s Jagriti Sangha, have named their 12 player squad for the competition.