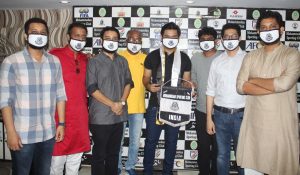 Just hours after Mohammedan Sporting Club scored a 4-1 win over ARA FC in the I-League qualifiers on Sunday afternoon, the Black Panthers and their head coach Yan Law ended their working relationship.

While Mohammedan Sporting stated that they terminated the contract, Yan Law stated that he had resigned with immediate effect.

There are loads of speculations on what happened and why, but without confirmed information, I do not want to speculate on the same.

Mohammedan Sporting Club on Sunday have terminated the contract with Head Coach Yan Law. The Club has already sent a termination letter to Mr. Yan Law at 5:11 PM.

A statement by the club said the decision took immediate effect following reviews conducted by the Club’s General Secretary Sk. Wasim Akram and the club’s management.

Assistant Coach Saheed Ramon will be in charge of the team for the remaining matches of the I-League qualifier.

We wish him the best for his future endeavours.

I have resigned as the Head Coach of Mohammedan Sporting Club from the i-league Qualifiers 2020.

Best wishes to the Club for the remaining matches and their future in the i-league and ISL.

I have resigned as the Head Coach of Mohammedan Sporting Club from the i-league Qualifiers 2020.

Best wishes to the Club for the remaining matches and their future in the i-league and ISL.#JaanJaanMohammedan