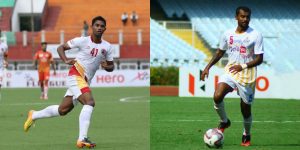 Mohammedan Sporting Club have announced the signings of experienced full back Arijit Bagui and centre back Manoj Mohammed for the upcoming season of the I-League.

The 27-year-old said he is excited to be joining what he considered one of the most illustrious clubs in the country.

A promising talent from a young age, Manoj led East Bengal U-19 side to the title in the 2018 IFA Shield beating archrivals Mohun Bagan in the final.

His impressive performance led first team coach Alejandro Menendez to promote him to the senior squad. He has made 16 appearances in I-League for the red and gold.