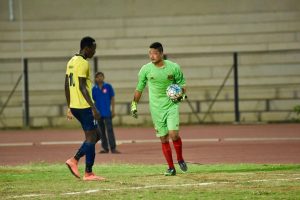 Mohammedan Sporting Club has completed the signing of experienced shot stopper Kunzang Bhutia as the Black Panthers add depth to their squad ahead of their 2020/21 I-League campaign. Kunzang turned out for FC Bengaluru United in the recently concluded I-League qualifier.

Having featured regularly in the I-League and ISL over seven years, Kunzang brings experience and proficiency to the Mohammedan Sporting squad.

Born in Lachung, Sikkim, Kunzang was inspired by his uncle and aunt to play football. He started playing the game as a defender before being converted into a goalkeeper.

Started out as a teenager in the Royal Wahingdoh FC youth teams. The 26-year-old started his professional career with Shillong Lajong FC in 2013, before stints at NorthEast United FC, ATK, Churchill Brothers and Hyderabad FC.

The signing marks one more to the list for the Panthers’ upcoming campaign in the I-League, with the club having announced the acquisition of defenders Arijit Bagui and Manoj Mohammed earlier.