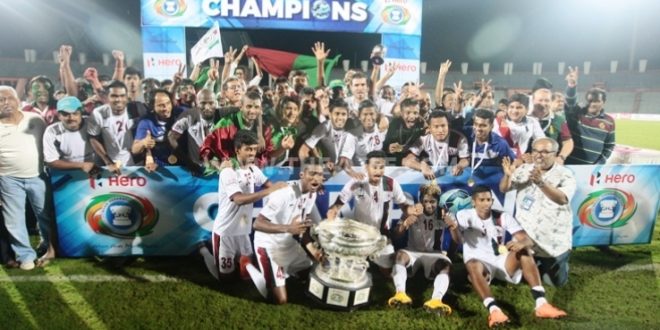 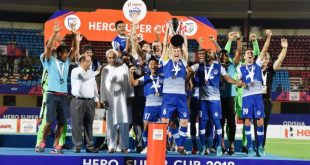 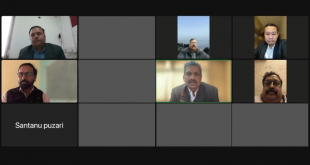 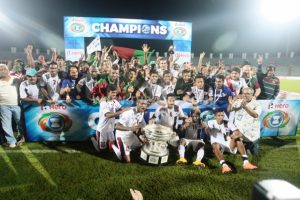 Mohun Bagan AC proved their superiority when they made short work of Aizawl FC to lift the Hero Federation Cup at the Indira Gandhi Athletic Stadium in Sajusarai, Guwahati on Saturday, May 21.

After a barren first half, Jeje Lalpekhlua scored a brace while Sony Norde, Dhanachandra Singh and Bikramjit Singh scored one apiece as Mohun Bagan thumped Aizawl FC 5-0 to lift the Federation Cup for a record 14th time. They last won the Tournament in 2008.

Mohun Bagan surged into the lead three minutes after the break. With his marker breathing down his neck, Jeje chested down a Bikramjit centre for an onrushing Norde to blast it in the 48th minute. The second came in the 59th minute, this time Dhanachandra Singh leaping high to head in a Yusa Katsumi corner.

Mizo boy Jeje made it 3-0 with a spectacular finish digging it into the far corner off Cornell Glen’s heel which had foxed the rival defence in the 72nd minute. It became 4-0 some seven minutes later – this time Bikramjit tapping it into an empty net after Norde had done the spadework.

As it that wasn’t enough, Jeje made it 5-0 in the 89th minute, thus taking his tally to a record eight goals in a single edition of a Federation Cup.

Earlier however, Aizawl FC looked the better of the two Teams in the first half. But despite all the domination, the pace and wave of attacks, especially down the right, they weren’t able to test Debjit Majumdar under the Mohun Bagan bar.

But after resumption, it was all one-way traffic for the Mariners.