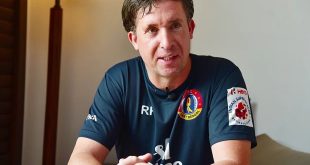 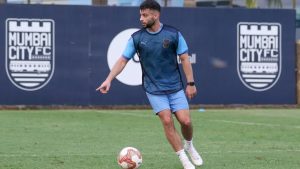 After a 0-1 loss against NorthEast United, Mumbai City ready themselves for a mammoth clash against the de facto hosts of the tournament, FC Goa. The Islanders will face the 2019/20 League Shield winners tomorrow at the Fatorda Stadium.

Tomorrow’s encounter marks a reunion for a few Islanders with head coach Sergio Lobera taking charge against a club he was at the helm for the best part of three seasons before being relieved of his duties by FC Goa towards the end of last season. With him from Goa, he brought along five players to the Mumbai City FC set up in the form of Mandar Rao Dessai, Hugo Boumous, Ahmed Jahouh, Mourtada Fall and Amey Ranawade.

FC Goa, now under the tutelage of fellow Spaniard Juan Ferrando, have had a bit of an overhaul of their own with heavy recruitment on the pitch including five new foreigners out of the six in their squad. The Gaurs recorded a 2-2 draw against Bengaluru FC in their season opener over the weekend, coming back from two goals down.

There are plenty of points to be proven tomorrow. There is plenty at stake. But all this only makes for good reading. The only thing on the mind of Sergio Lobera and his team is to register Mumbai City FC’s first win of the season, irrespective of the occasion or in this case, the occasion.

Ahmed Jahouh will miss a reunion with his former club after seeing red in the opening fixture against NorthEast United FC and picking up a one game ban. Sourav Das, however, completes his sanction and will be available for selection.

Mumbai City FC head coach Sergio Lobera said, “Obviously I will need to change some things tomorrow because I don’t have the same players available. But tomorrow will be a different game, a different situation. And we want to improve our game and our mistakes from the last time.”

Islanders midfielder Hugo Boumous added, “Of course, Ahmed Jahouh will be missed tomorrow. But we have a very competitive squad and there are players who can replace him.” 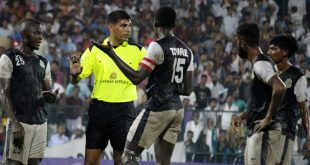