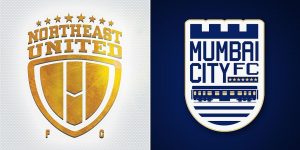 Mumbai City FC ended the unbeaten run of NorthEast United FC in ISL-5 with a 1-0 away win at the Indira Gandhi Athletic Stadium in Guwahati on Friday evening.

Despite the Highlanders having the first chance of the game, the Islanders took an early fourth minute lead when Arnold Issoko scored after a goalmouth scramble.

Thereafter it was NorthEast United FC, who put a lot of pressure on Mumbai City FC throughout the game but the guests hung on to their 1-0 lead to score a third win a row to move into the top four, while NorthEast United FC had their first setback this season.

@Arunfoot
Previous The image of neptune on Bologna FC 1909 third shirt by Macron!
Next MPL-7: Aizawl FC beat Electric Veng FC, on the brink of last 4!