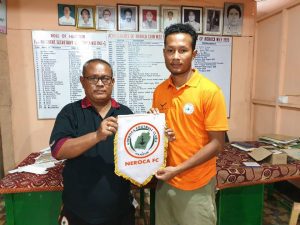 I-League side NEROCA FC have announced the signing of experienced defender Longjam Gobin Singh on a two year deal ahead of the 2020/21 season.

He then returned to Manipur for a first stint at NEROCA FC in 2017 before playing for other local Manipuri sides. Now he returns to NEROCA for a second stint.