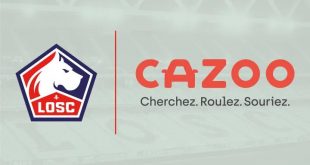 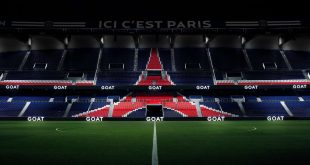 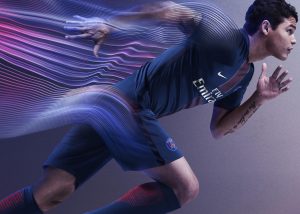 “This new Paris Saint-Germain home kit looks modern yet respects the history and culture of our club. The first time I tried the new kit on I felt confident, proud and ready to play,” said PSG midfielder Blaise Matuidi

The new shirt’s body boasts traditional PSG blue with a modern V-neck collar while its signature center stripe is now broader and formed by a collection of red pinstripes bordered on either side by a defining white stripe. The subsequent bold graphic celebrates the history and DNA of the Paris club, while the shirt’s sleeves and shoulders feature a contrasting agility rib fabric. With subtle stripes in two tones of blue, the textile creates a color shift when players are in motion.

Odes to club pride appear on both the interior and exterior of the shirt. “Paris” is knit into the back collar, which also features an original woven signature stripe. “Grandeur” and “Passion,” two of the club’s stated core values, adorn the inside cuffs and are also represented by the home palette: blue for grandeur and red for passion.

The sides of the kit feature a blue stripe detail that runs the length of the shirt and down the matching blue shorts. The stripe expands when the player is in motion providing greater ventilation and revealing bold flashes of red underneath.

The new home socks are blue with a distinctive red linear graphic on the calf.

This season Paris Saint-Germain will wear a new range of training apparel with AeroSwift technology to allow their players to train with the same speed and flair they play with on match days.

For the first time ever, players will train in apparel enhanced with the exact same fabric, construction, performance benefits and technology as the famous Paris Saint-Germain kit they wear during games.

The range consists of Strike tops, shorts, and pants featuring Nike’s signature innovations for the ultimate in fit, comfort and agility. The apparel helps eliminate distractions, keeping players comfortable and dry in sweltering heat and warm in sub-zero temperatures. 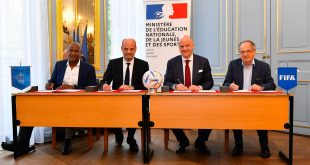 Football and education in focus at historic agreement signing in Paris!

FIFA President Gianni Infantino was in Paris on Friday, April 8 to sign an agreement …