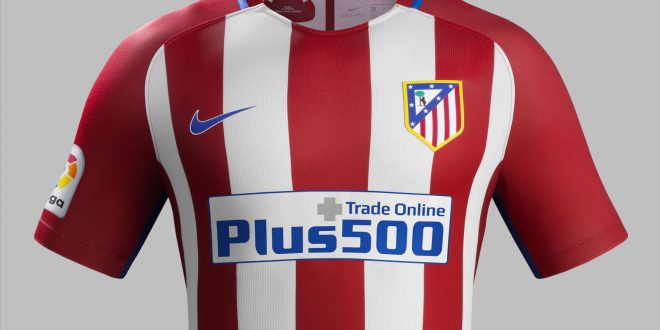 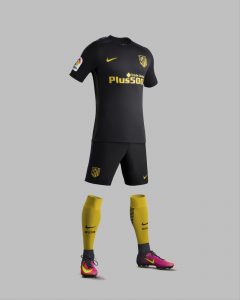 Nike Football has revealed the new home and away kits for the 2016/17 season for Spanish La Liga side Atlético de Madrid featuring Dri-FIT technology.

The stylish body of the new home shirt features three broad red stripes on a white background to echo both the original shirt from the 1966-67 season, and the bold and vibrant stripes on the seats on the upper levels at the Estadio Vicente Calderon. The sleeves and shoulders, however, are a contrasting bold and clean red to emphasise the power of the shoulders.

“Wearing this new kit, that pays tribute to such an important year for the team, is a great honour and I am sure it will be an inspiration for all of us throughout this new season,” says midfielder Saul.

The sides of the home kit have a blue stripe that runs the length of the shirt and shorts. Expanding when the player is in motion, the stripe maximizes ventilation and reveals a subtle flash of red underneath.

Blue socks, with a red linear graphic on the calf, accentuate speed.

Atlético de Madrid will play in a new black away kit in the 2016-17 season.

The new away kit boasts a modern crew-neck collar with a navy blue band at the back, a tonal club crest and a Spanish national flag emblazoned with ‘Atlético’ on the neck rib. The sides of the kit have a navy blue stripe that runs the length of the shirt and shorts. Expanding when the player is in motion, the stripe maximizes ventilation and reveals a flash of yellow underneath. 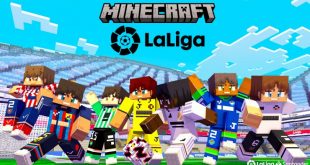 LaLiga has reached a licensing agreement with Minecraft, one of the most popular video games …