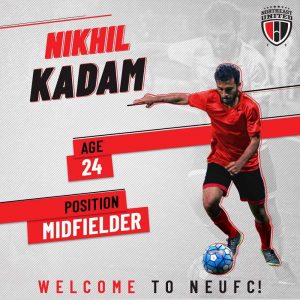 After his time at Pune FC, Nikhil Kadam joined city rivals DSK Shivajians FC before going on to play for Mumbai FC and then last season for Mohun Bagan, which was his best season at the national level I-League.

Now Nikhil Kadam makes the switch for the first-time to the Indian Super League by signing for NorthEast United FC.