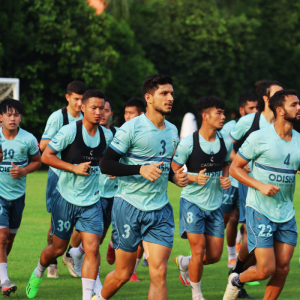 Odisha FC will be looking to guarantee their qualification into the Durand Cup knockouts with a win against I-League opposition Sudeva Delhi FC today at Indira Gandhi Athletic Stadium in Guwahati.

The Kalinga Warriors brushed NorthEast United FC aside in a 6-0 win in their Durand Cup opener before grinding out a hard-fought 2-0 win against Kerala Blasters last Tuesday.

Head Coach Josep Gombau has delivered on his words, saying he wanted the team to hone their style of play and rhythm in the Durand Cup. The players are in fine form, with solid showings from all areas of the pitch.

New signing Osama Malik impressed on his debut, playing a crucial role in the second goal that was scored by midfield partner Saul. The two could prove to be a promising pairing this season.

Odisha FC scored eight goals in two matches without reply. Carlos Delgado and Jerry have been the standout performers, with impressive showings from Thoiba, Isaac, and Isak.

The Juggernauts plays Sudeva Delhi at 6pm IST on Monday, August 29. You can watch the match on Sports18 1, Sports 18 1HD, and Sports18 Khel for Hindi commentary. Live streaming of the Durand Cup 2022 will also be available on VOOT and JioTV.