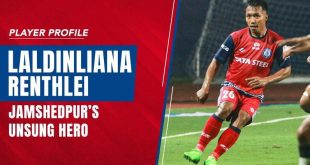 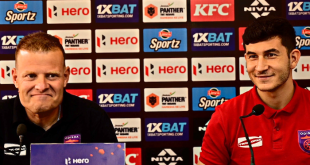 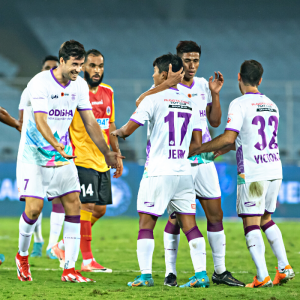 Odisha FC scripted an impressive 4-2 comeback win against East Bengal FC at the Saltlake Stadium on Friday night to climb up the points table.

Pedro Martin came off the bench in the second half only to bag a quick brace. Jerry Mawihmingthanga and Nandhakumar got their names onto the scoresheet as well and helped the Juggernauts secure three points at the end of the night.

The hosts took the lead in the 23rd minute through Semboi Haokip. 12 minutes later the red and gold brigade doubled their lead as Suhair’s low cross into the box was converted by Mahesh Naorem.

Going into the second half, Josep Gombau made four crucial substitutions which saw Pedro, Denechandra, Nikhil & Victor coming on. Diego’s weighted pass through to Pedro saw the Spaniard smashing it across the keeper. A minute later Pedro scored again courtesy of Deigo again as the Brazilian headed the ball across the goal to find Pedro at the end of it.

As the game crossed the hour mark, Jerry’s brilliant header gave Odisha FC the lead for the first time in the game. Nandha’s brilliant finish in the 76th minute sealed 3 points for the Juggernauts against East Bengal FC.

The Juggernauts are now sitting third on the table as they face Chennaiyin FC in their next home game at the Kalinga Stadium.