Odisha FC: The story in ISL-9 so far… 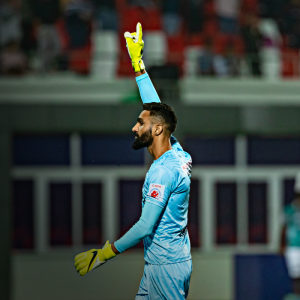 Josep Gombau’s men enter the second half of the 2022-23 ISL Season, having played ten matches of the first half with six wins and one draw, the Juggernauts currently sit in the sixth position in the League table with 19 points. Back in the 2019-20 season, they ended up finishing in the sixth spot with 25 points.

The Juggernauts brought Josep Gombau back in charge ahead of the 2022-23 ISL season. Carlos Delgado made a comeback as the defender was Josep’s first foreign signing in the transfer window. Diego Mauricio also returned to the Juggernauts after his short stint with Mumbai City FC. The Brazilian netted 12 goals and assisted two in his previous outing with Odisha FC. Saul Crespo, Pedro Martin, Victor Rodriguez, and Osama Malik were also brought in to complete the foreign contingent ahead of the season.

Odisha FC kick-started its 2022-23 ISL season journey on October 11, 2022. The Juggernauts courtesy of two late goals sealed an incredible comeback against the Red Miners in Jamshedpur at their first match of ISL 2022-23. It seemed like it would end as a draw in the 88th minute but Josep’s team scored the winner in the 90th minute to complete the turnaround, an outstanding start to the season for the Juggernauts away from home. In the second game against Mumbai City FC, they went down by two goals.

After 982 days, the Juggernauts returned to their home ground at the iconic Kalinga Stadium post-Covid, on October 23, 2022. Continuing the 2019/20 ISL form at the Kalinga, the Juggernauts made their winning record at Kalinga Stadium in front of 5,217 cheering Juggernauts, this season Odisha FC clinched their consecutive home wins of the season against Kerala Blasters FC, Bengaluru FC, Chennaiyin FC, and NorthEast United FC.

In the 2022-23 ISL season, famous for its comebacks Odisha FC beat East Bengal FC 4-2 at the Saltlake Stadium in Kolkata, after being two goals down going into the first half break.

In the game against FC Goa, after an eventful first half of a goalless scoreline, Nandhakumar Sekar was shown a second yellow card early in the second half. With 10 men, the home side sniffed the possibility of a victory and grabbed it with both hands.

Meanwhile, the Nandha-Jerry duo has been in sublime form with Nandha netting four goals and Jerry netting three goals and one assist.

The Juggernauts go into the second half of the ISL season away from home at Kochi against the mighty Kerala Blasters FC, who are unbeaten in their last six matches. Josep Gombau’s men will look to keep their momentum going with their planned and feisty approach for the rest of the season.